Ryo Kimball
Octavius Blackwater
Ryo Kimball has spent little time studying the occult, despite a lifelong interest in magic, instead, he spent his time studying more technical disciplines in science and psychology. Yet, in some ways, this only serves to remind him how a bit of deception and sleight of hand can go a long way.

Jason Luka
Prince Oswald
Jason Luka has worked on Horror City Radio as a co-director and voice actor.  He wrote, directed and did several voices for Smoke & Mirrors, including Prince Oswald.

Kim Nelson
Queen Tambri
Kim grew up in the beautiful islands of Hawaii, and it was here she was infused with an adventurous and spirited nature. Kim is a natural performer who love to entertain and be a part of the limelight. She has a wonderful vocal range and can draw forth a wide range of unique and creative character voices from the humorous to the odd and creepy. She looks forward to the next performance and the next chance to entertain you!

Patrons will receive each episode a full week earlier than the general public, a shout-out on Twitter, mostly uncensored scripts and sheet music. 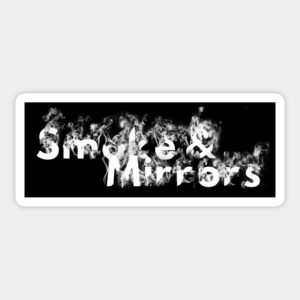 Smoke & Mirrors is recommended for a young adult or older audience. It contains depictions of violence, abuse, drug use, innuendo and suicide
Available first on: